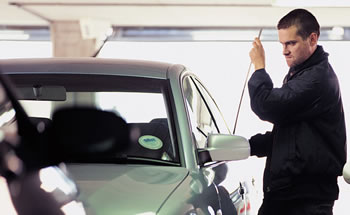 The Telegraph on 10th January ran the story, "Thousands of cars are vulnerable to keyless theft, according to researchers."

According to computer scientists, their research was suppressed for two years by a court injunction for fear it would help thieves steal vehicles to order. The researchers identified the flaw in 2012.

However, Volkswagen won a High Court injunction preventing its publication a year later. But VW are not alone. The research highlights a weakness in the Megamos Crypto system, a piece of technology used by big manufacturers such as Audi, Fiat, Honda, Volvo too.

A total of twenty-six car manufacturers and twenty-eight VW models are listed by the Telegraph as vulnerable. 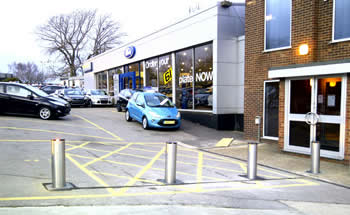 But what if your car couldn't even leave your drive without you making that decision? The peace of mind knowing that your car is going nowhere may just help you to sleep at night. Central London, Greater Manchester, Lancashire and Northern Ireland are the areas now at the highest risk of car theft in the UK.

Where the number of car thefts has dropped overall, thieves are now more sophisticated and selective, and retractable anti-ram bollards tick all the boxes.

In your drive, a rising bollard sunk deep into ground sends out messages to thieves; they will never gain enough momentum over a short run to be able to steal it. Some of our car dealership clients have installed rising bollards - for use during opening times and after hours - that can withstand over 70 mph of impact.