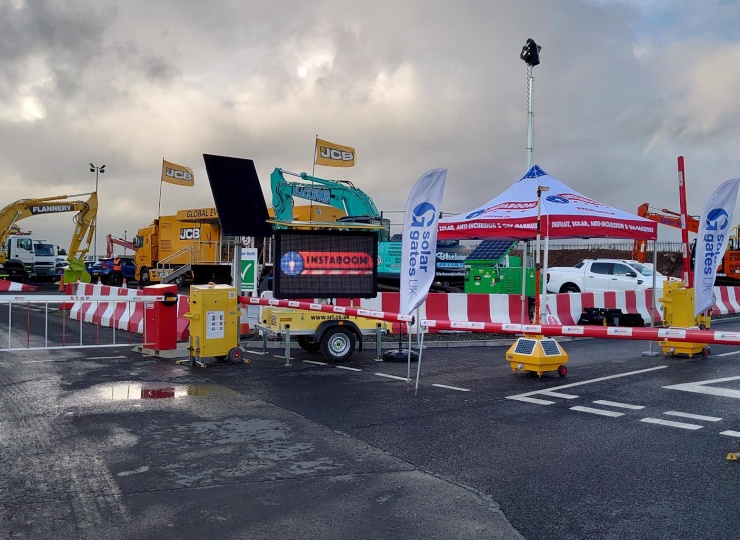 Solar Gates UK are delighted to be supporting Balfour Beatty at the COP26 'Construction Site of the Future' innovation event in Glasgow. At the request of the UK government, Balfour has been tasked to showcase the latest in Carbon Neutral construction innovations from around the country. INSTABOOM and SOSEC, solar powered, anti-incursion and GS6 barriers were the lead at the show, not only showing zero carbon safety, but also performing traffic control at the event.

The two week showcase at Balfour's Innovation hub in Glasgow was host to various guests from the COP26 conference and surrounding schools and colleges - giving the work force of the future a glimpse at the cool tech now seen on UK construction sites. Group Director Leo Quinn was also able to try out INSTABOOM barriers on his electric bicycle (see video) and then sample some the zero carbon honey from the Solar Gates bees. 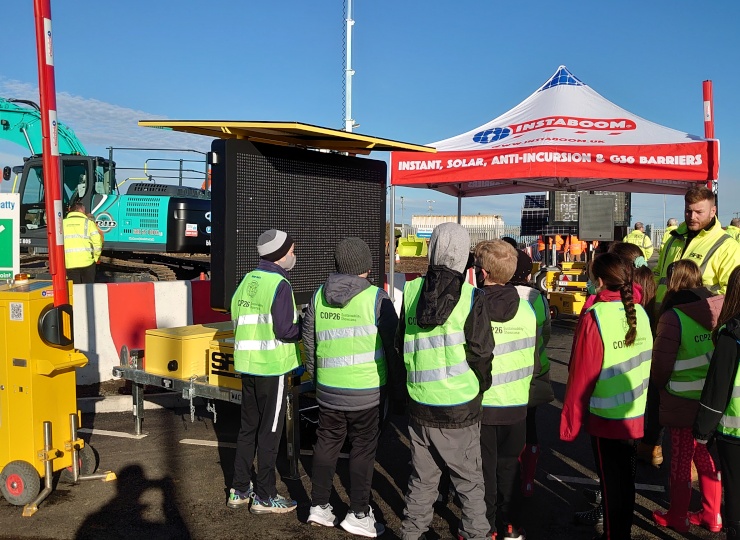 Designed to protect highways and railways staff from vehicle incursions and eliminate overhead hazard impacts, SOSEC and INSTABOOM barriers harness the power of the sun to be carbon neutral and improve site safety. Since 2019, the Balfour Beatty M4 project team saved 440 tonnes of carbon and £2.4M in labour costs with INSTABOOM barriers over the two year project. With national deployment of INSTABOOM, described by National Highways as 'best practice' to cut incursions, Solar Gates are doing their bit to help Balfour Beatty achieve their ‘zero carbon: zero harm’ target.