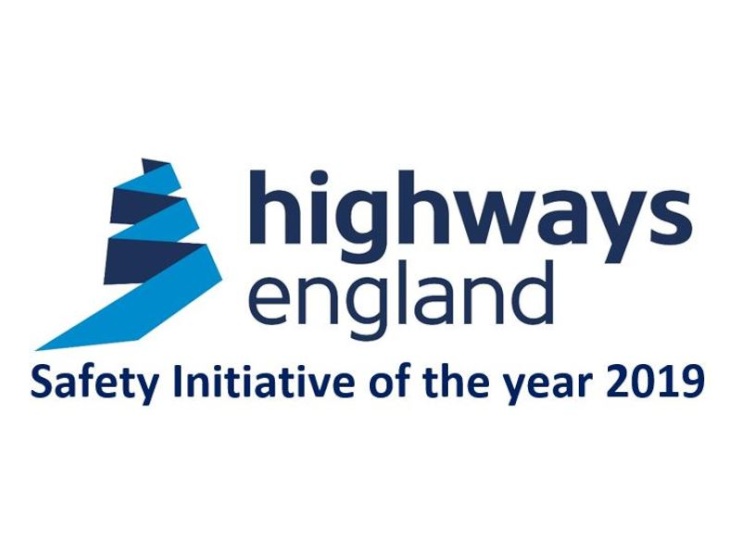 Solar Gates UK is delighted to receive the coveted Safety Initiative of the year award from Highways England. The award was granted for the successful partner project with Kier Highways on the M20 SMART motorway upgrade that deployed the UK’s first INSTABOOM with GS6 over-height protection.

Deployed as a prototype on the M20, the simple concept is the first of its kind to physically close the road to any over height vehicle attempting to pass a GS6 area. The M20 works had a single 18KVA cable spanning both carriageways and although the standard GS6 set up was deployed, Kier wanted to do more. They were very aware that a piece of bunting, mounted in the air, was not really an effective way to prevent cable strikes. The M20 were already using INSTABOOM as anti-incursion barriers on the scheme and the GS6 adaption allowed them to use INSTABOOM in a new and lifesaving way.

A laser detection system mounted on the standard GS6 overhead posts sends a signal to an INSTABOOM barrier, 40m down the lane. On detection of an over height vehicle, the barrier is triggered to close, arresting the vehicles’ movement and preventing a cable strike. A simple sign at the barrier gives the emergency contact number, allowing the site manager to attend and make safe before allowing the vehicles to proceed.

‘It is an honour to get such a prestigious award so quickly for this innovation, a credit to the team at Solar Gates UK and the support from Kier Highways. This project went from concept to patented prototype in a matter of weeks. To get the award from Highways England shows us that it worth the effort. This technology will prevent cable strikes on highways projects by physically barring the way to proceed. That has been the key to its success and leaves no room for misinterpretation - stop the emergency before it becomes a deadly situation’ concludes Neil Sampson, Managing Director, Solar Gates UK.