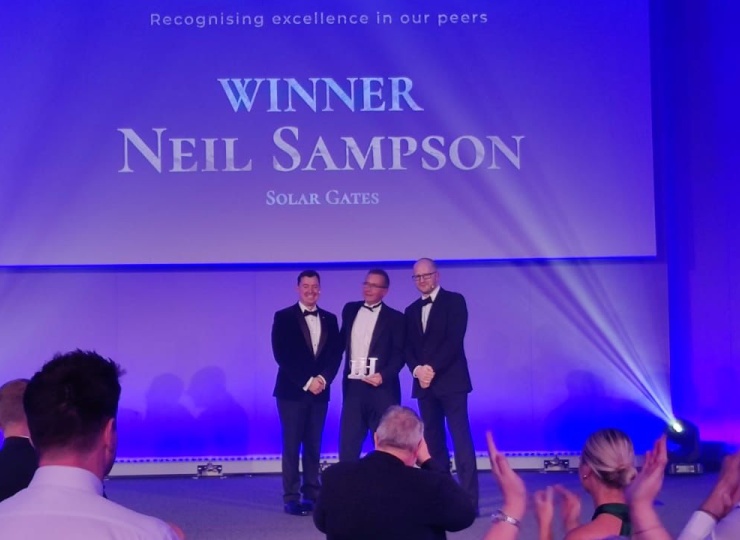 Neil Sampson, Managing Director at Solar Gates UK won the very prestigious Chairman’s Award. Neil, who was unaware he was even nominated has been completely shocked and delighted with this extraordinary accolade. Nominated for making Solar Gates UK such a positive and supportive workplace and having the courage to give people who need it a second chance. Including Claire Bennett, Production Supervisor who was also named as a Highways Hero.

Claire is worthy of being a Highways Hero, excelling in a new job, whilst being on day release from prison. When she joined Solar Gates UK in October 2020 she had no experience of the highways industry and was just grateful for the opportunity she had been given to turn her life around. From day one, Claire has always demonstrated an eager willingness to learn and quickly rose to Team Leader and then more recently to Production Supervisor. Claire is a natural leader, instinctively protective of her all her team and equally eager to help those in a similar position to her. Even with being the background of being on day release from a custodial sentence, with its intense mental health load, Claire is able to use her experiences to offer natural leadership and genuine, authentic, support.

Claire also shows huge strength of character, being in a male-dominated industry, she has excelled in the construction world, surrounded by male (and often doubting) operatives installing and maintaining the Solar Gates UK range of INSTABOOM and SOSEC barriers. She doesn’t let it phase her and instinctively transmits that confidence and clarity to the other members of her team. 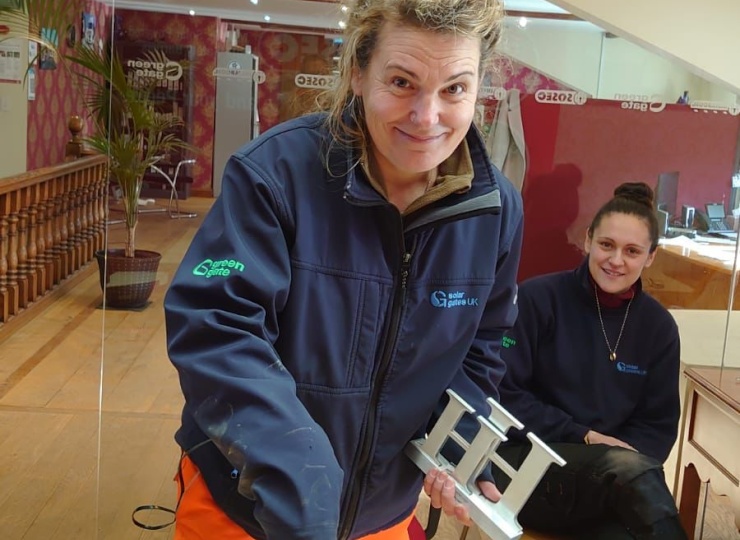 Claire was unable to be at the ceremony to collect her award in person last night as she is still serving her sentence but has said “I am absolutely blown away with the nomination and now actually winning this award. It seems like a dream. I am so incredibly grateful to Neil and the team Solar Gates for giving me the opportunity of employment whilst I am still serving my sentence. It has truly changed my life and will make such a positive difference to my life outcomes once I am released. I made a mistake, I am paying for that, but I now have hope that I will have a life beyond that mistake”.

Managing Director, Neil Sampson sees nothing different or special about going that extra mile, his generosity of character is shown every day with his actions that, in turn, permeate down into the company he spearheads. Solar Gates UK has up to 40% of the team who are on day release from prison, in addiction recovery, or have suffered from mental health issues but Neil offers a supportive environment to all workers not just to those mentioned above. The difference in Neil is he actually walks the walk that others just talk about.

Neil says “I am astounded my team managed to get this past me, I am obviously thrilled to have been given this award but I think the real honour goes to each and every person who is showing up each day despite their own inner battles or mistakes from their past, trying to do better or get better. I hugely commend anyone taking on that journey. They are the true winners of this award”

Duncan O’Leary, Chief Executive of New Futures Network says, “When people leave prison with a job, they are less likely to re-offend and also have the chance to contribute positively to society. We also know this benefits employers - businesses tell us that prison leavers are motivated, reliable, and loyal when offered a second chance.

Neil’s work with us has been a fantastic example of how prisons and businesses can work together for everyone’s benefit. It has been a pleasure working with him and we hope to continue doing so in the future.”