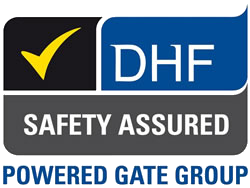 Green Gate Access Systems are delighted to announce that their Managing Director, Neil Sampson, has been selected as Chairman of the Door and Hardware Federation’s ‘Powered Gate Group’.

The Powered Gate Group was formed in 2009 in response to requests from the Health and Safety Executive. The government safety organisation sought an industry-wide trade body that would develop higher standards of safety for automated gates, following a number of fatal accidents since 2007.

The group represents manufacturers, suppliers, installers and maintainers of powered automatic gates who demonstrate their credentials of quality, safety and adherence to the high technical standards required. 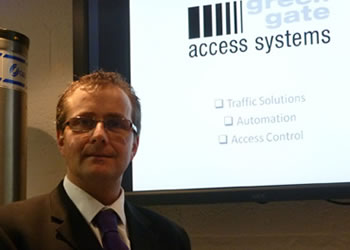 “I am delighted to have been offered the Chairmanship of the Powered Gate Group and look forward to representing the organisation’s appeal for total safety in our business sector.” said Sampson, 40, who founded Green Gate Access Systems in 2006.

“There are two ways in which to install a powered gate - safely and unsafely. The rules around this are very clear. I welcome the ongoing campaign for further awareness and tighter regulations in the industry and look forward to upholding the PGG’s hope that no further deaths occur as a result of poorly fitted and ill-considered gates.”

“Neil is in a good position to take on the task and further develop the group and we are delighted that he has accepted his new position as Chairman.” said Bob Perry.

“I have no doubt that his extensive range of skills and experience will form the backdrop to the group’s ongoing success and we very much look forward to working with Neil.”

For more information about the DHF or safety standards, please contact us by calling 08456 800269.