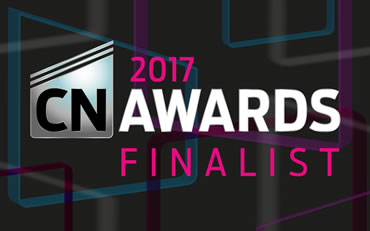 The SOSEC product range and Green Gate Access Systems have been shortlisted in two major awards this month. As finalist Commercial Innovation of the Year at the Construction New Awards 2017, the winner will be unveiled at a prestigious awards ceremony in Park Lane, London, taking place in July.

Neil Sampson, managing director of Green Gate Access Systems has also been named a finalist in the Entrepreneur of the Year category of the Kent Invicta Chamber of Commerce Chamber Business Awards. The winner will be announced at a gala dinner event being held at Canterbury Cathedral on Thursday 30 March.

“Nine months ago, we were facing ruin following a fire at a neighbouring building, but instead of disaster, we've gone on to enjoy our most successful year yet. It's been quite a turnaround for us. The move to our new facility in Boughton Monchelsea really sets out a path ahead of us and we can see how the expansion we have planned can actually become a reality.”

“The rollout of our SOSEC product has played a major part in that success and it's great to see that potential of the system we've developed as a team getting recognised both in Kent and the wider construction and highways industry.”