Urgent Call for Change Ahead of Gate Safety Week 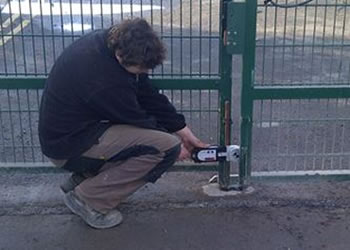 “Keep on the right side of the law - let there never be another tragedy caused by a gate!” is the message from the Powered Gate Group’s new Chairman, Neil Sampson, who is leading the organisations’ call for greater awareness of gate safety across the industry.

The hard hitting call to action comes following the prosecution of two gate companies in April and subsequent sentencing on 12th June, for health and safety failings that resulted in the tragic death of a 5 year old child. The accident, which took place in 2010, prompted the founding of the Powered Gate Group, with encouragement from the Health and Safety Executive, in an attempt to raise automated gate safety standards. 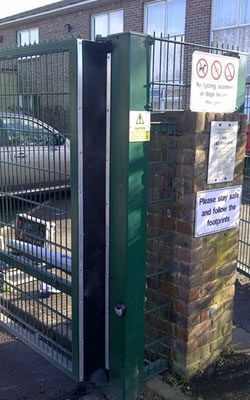 Furthermore, Sampson, who is the Managing Director of Kent based company, Green Gate Access Systems, has, together with other members of the PGG announced 13-19 October 2014 as Gate Safety Week.

In the months running up to the event - the climax of which will take place at Fencex on 15th October - the Powered Gate Group will be campaigning hard to highlight the risks associated with poorly fitted gates, as it is revealed that more than 70% of all automated gates installed in the UK do not comply with current legislation.

Unsafe installations are still being undertaken by gate companies keen to cut corners in both gate manufacture and installation.

Recognised as the most stringent gate safety training course in Europe, it is open to both DHF member and non-member installers and gate inspectors. More than 120 installers have already successfully completed the industry-leading two day training course, with that number set to double by the end of this year.

“The message from both the Health and Safety Executive and the Powered Gate Group is loud and clear.” says Sampson, who will take the reigns as Powered Gate Group Chairman on 11th June 2014. “Make certain that as a company, you are operating in a legal and fully compliant manner. The time and costs associated with a gate ‘MOT’ are minimal and would include a full documented IOSH risk assessment force test, as specified in BS EN 12445.’

‘Maintaining the highest standards of installation and maintenance, in addition to the relevant paperwork is crucial and there are also a number of software systems that can manage this for you, such as GateTracker. I am hopeful that in the light of the recent prosecutions and through Gate Safety Week, the ongoing campaign for further awareness and tighter regulations will result in higher levels of gate safety across the industry.”